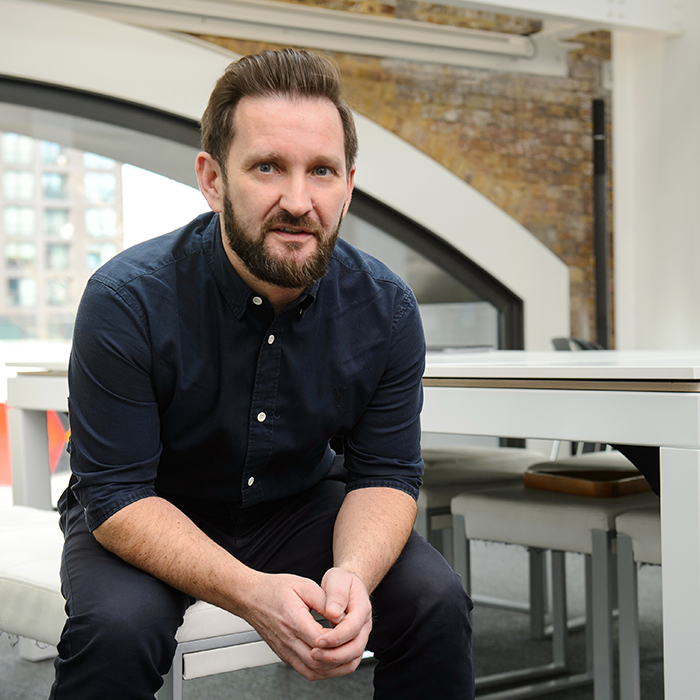 A space to innovate.
World-class control.

Arguably, the most exciting and transformative breakthrough of the 21st century will come from the world of quantum computing. Once thought of as impossible to build, quantum computers transfer information on an atomic scale rather than via silicon chips.

However, quantum computers are incredibly hard to build. With prototypes currently the size of a small room, the race is on to develop useable machines.

Without doubt our most challenging project to date, the Beecroft Building is one of the world’s most demanding facilities, and is where quantum computers will be developed.

Our biggest challenge? Designing a level of vibration control that no other facility around the world could better

Even the smallest change in temperature – just half a degree – could cause the ion to move within its trap or the laser beam trajectory to alter, meaning the experiment is misaligned.

Equally, a single, minimal shudder from a bus driving past the building could affect the work taking place.
Approach
Our biggest challenge was designing the near-impossible close-control climate systems (with high air-change rates) while achieving the ambitious vibration-control targets. This complexity meant it was integral that our experts took a more connected approach than usual.

We worked closely with the architect, MEP contractor, the University, and – in particular – the structural engineer and vibration consultant. Together, we agreed on strategies that would help achieve tight vibration control. These strategies ranged from having no rotating plant installed within services spaces local to the STMs, to the ability to shut down services serving the STMs during experiments.
Technical Impact
We proposed one solution to meet the close-control climate requirements across all the labs. It was a radical approach: a single large-scale system.

Close-control labs are traditionally not energy efficient so, to minimise the impact of our system, we included the use of low and zero carbon technologies. We designed a variable volume demand-led system that has the ability to turn down when laboratories aren’t in use to minimise the system’s energy consumption.
Human Impact
The Beecroft Building isn’t just about world-class laboratories. We also crafted the environments for four above-ground levels that house theoretical research spaces - with a key aim to promote collaboration between the theoretical physicists using the building.

As the physics department’s first new building in 50 years, this project is hugely important. It is hoped that such a step-change in the quality of the department’s infrastructure will equip it for cutting edge science in the 21st century. With the Beecroft Building now housing some of the brightest minds from across the world, we are proud to have played our part in creating the best possible environment for them.

This is a building that will provide our world-leading scientists at the Department of Physics with the very best facilities in which to undertake their pioneering research.

Our work satisfied the truly demanding briefs set by the client and planning authority.

Vibration control in buildings is becoming ever...

As trusted and experienced leaders in our...

View all specialisms
Hoare Lea
We use cookies to ensure that we give you the best experience on our website. You can accept or decline third party cookies.AcceptDecline