An overview of the latest Government proposals.

Achieving net zero carbon emissions is an ever-growing priority for our industry, and we’re leading the charge in making this a reality as soon as possible as a partner for the UKGBC’s Advancing Net Zero programme.

Meanwhile, in the last few months of 2020, the Government published two documents that provide more detail around its plan to meet net zero carbon emissions by 2050.

As expected, there are a range of proposals that will impact on the built environment. 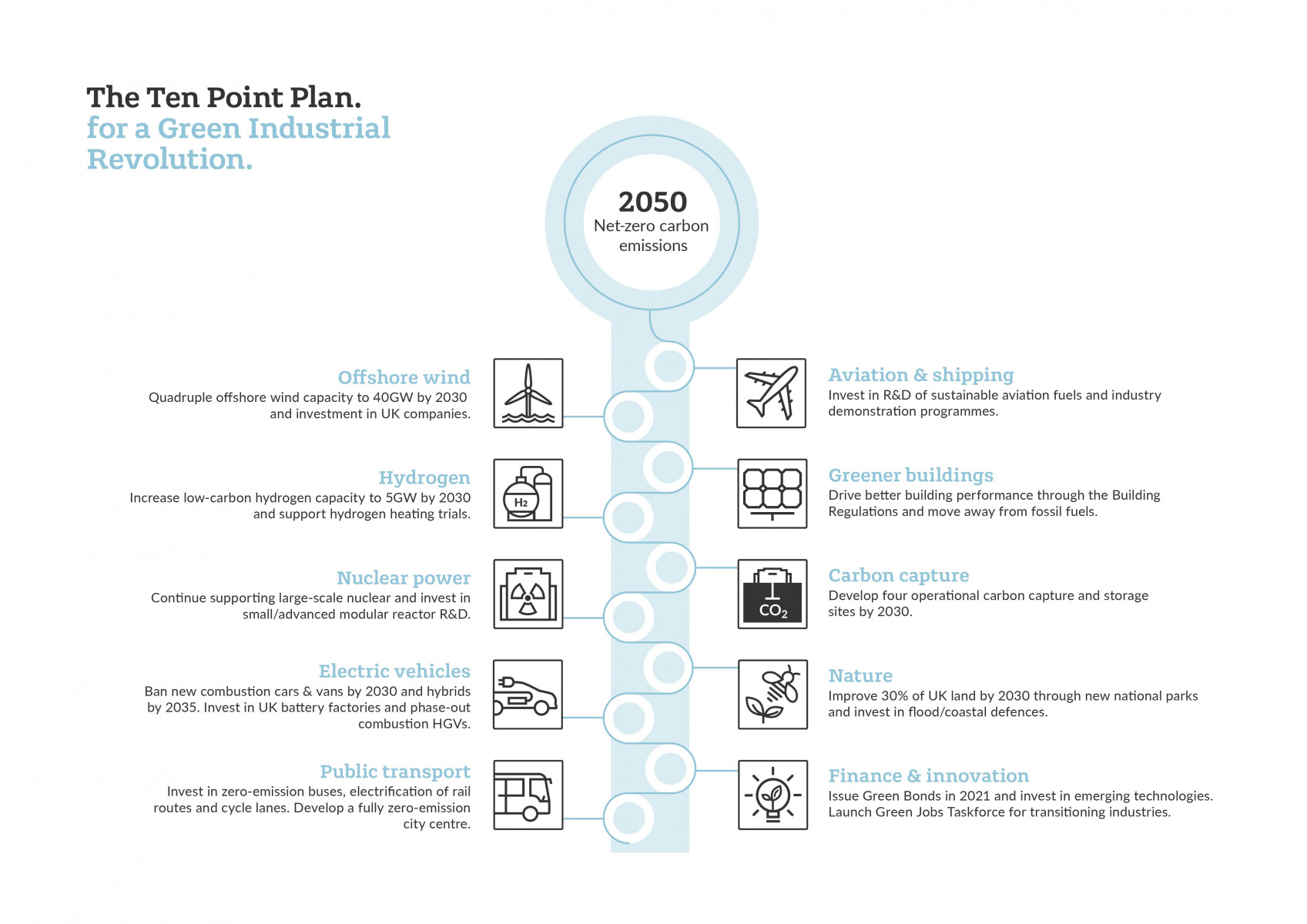 Above: the Government’s priorities reflect the recommendations of the Committee on Climate Change and therefore provide a clear direction of travel for the medium to long-term.

So what does this mean for the built environment?
Several aspects of the Ten Point Plan are likely to impact energy strategies for new developments, including:

– An increase in building efficiency standards in new buildings, driven by the Building Regulations.

– The potential for Hydrogen to be blended with, or to replace natural gas on a regional basis. The Government back Hydrogen trials and technology development – large-scale role out is not proposed at the moment.

– A ban on combustion-only cars and vans has been brought forward to 2030, potentially signalling a higher demand for charging infrastructure in homes and workplaces.

Secondly, in December 2020 the Government published a White Paper that set out key proposals for achieving the Ten Point Plan and identifies how it plans to act in order to do this. 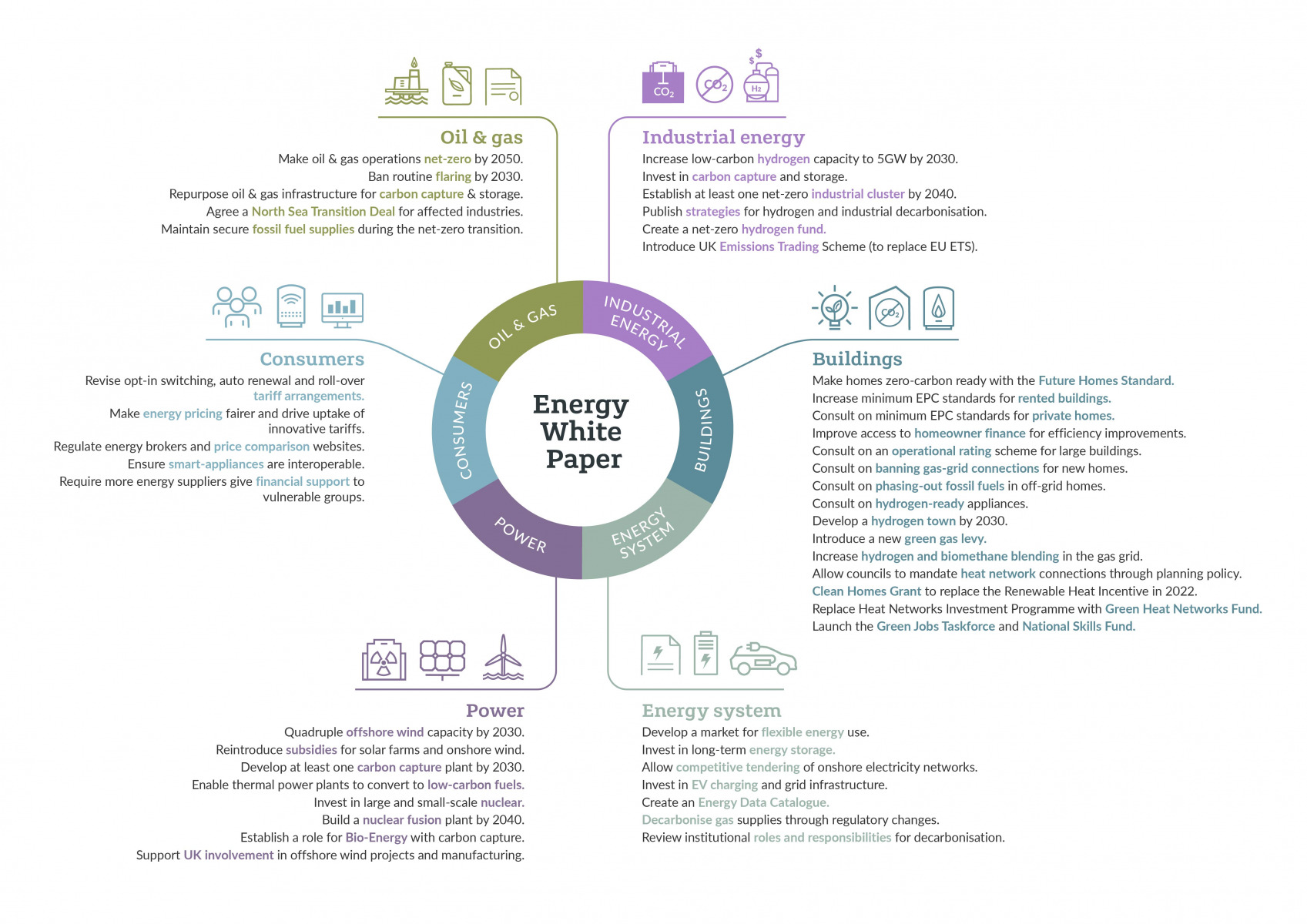 So what does this mean for the built environment?
The proposals will benefit the forward-thinking energy strategies for new developments and refurbishments in a number of ways:

– There will be more support for flexible energy usage, e.g. battery storage. The Government is consulting on ways to promote a market for flexible electricity and drive the development of new technologies.

Consultation outcomes will be key for developers looking to assess the costs and benefits of storage technologies.

– Minimum energy efficiency standards will be increasing. This will be driven by higher Buildings Regulations standards and Minimum Energy Efficiency Standards (MEES) for EPCs in rented buildings. The government are also consulting on introducing minimum EPC standards for private homes. A consultation on a performance-based rating scheme for large commercial and industrial buildings is proposed in 2021, with implementation proposed in 2023.

– There will be a larger role for charging infrastructure and vehicle-to-grid charging with the ban of new combustion-only cars and vans brought forward to 2030. 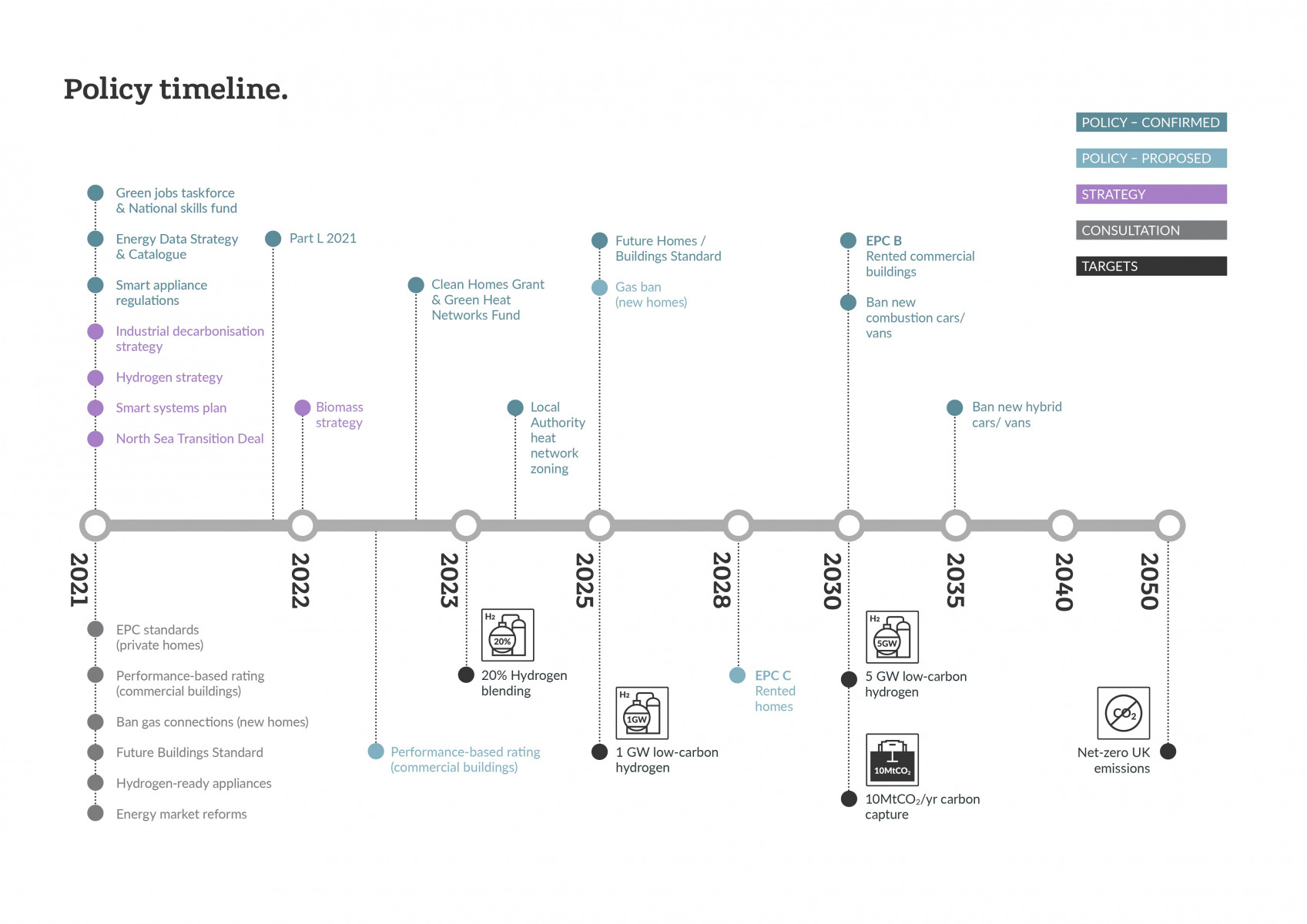 The recent Government publications appear to represent an evolution of existing energy policy, rather than a revolutionary new approach.

The support for highly-efficient, electrically-led developments driven through the Future Homes and Future Buildings Standards mirrors the approach taken by local authorities such as London to raise building standards above the Building Regulations minimum through local planning policy.

Having worked with clients across the UK on a number of schemes, we’ve also contributed to the latest cross-industry studies on delivering net-zero carbon buildings.