We have contributed to a new report from JLL: Reel Estate – Film and TV Studios as an Investment. It reveals that an increased appetite for film and TV content across a growing number of platforms is creating demand for further significant studio capacity in the UK.

Demand for UK film and TV studio space at all time high.

The report includes contributions from our inhouse experts, along with the British Film Commission and Scott Brownrigg.

It highlights that the demand for new studio capacity, services and facilities has never been greater, with up to 4.5m sq ft of new development under consideration in order to meet it. This is more than double the current amount of permanent stage space in the UK.

The drivers for this increase in demand are a result of the impressive growth trajectory for the UK film and TV industries. Inward Investment film production spend in the UK increased by 30.6% over the five years to financial year 2019/20. Most significantly, the sector has the potential to reach £6bn by 2024/25.

The report cited that one of the key challenges to ensuring the UK can fully harness this untapped potential is the need to develop additional studio and stage space capacity across the UK.

For most people, looking in from the outside, the film industry has a mysticism – the magic of movie making happens behind closed doors. As engineers and designers, we need more than a glimpse of the action. We engage with the studio users in understanding the fine detail of their operations, from arrival at the gatehouse entrance to fabrication of sets, to the all-important final capturing of motion and dialogue in the soundstages.

The report highlights the significant increase in levels of investment planned in the UK, with the major move coming from content producers now prepared to commit to longer term leases on studio space, such as Netflix at Shepperton and Disney at Pinewood.

It also points to further studio developments that are in the pipeline, including Sky Studios Elstree, Dagenham’s ‘Eastbrook’ Studios (London) and Bray Studios in Windsor with expansions of existing complexes planned throughout the UK’s nations and regions, including The Bottle Yard Studios (Bristol), Space Studios Manchester, Seren Studios (Wales), Belfast Harbour Studios and others.

Contact Barry Jobling or Chris Myers for a copy of the report. 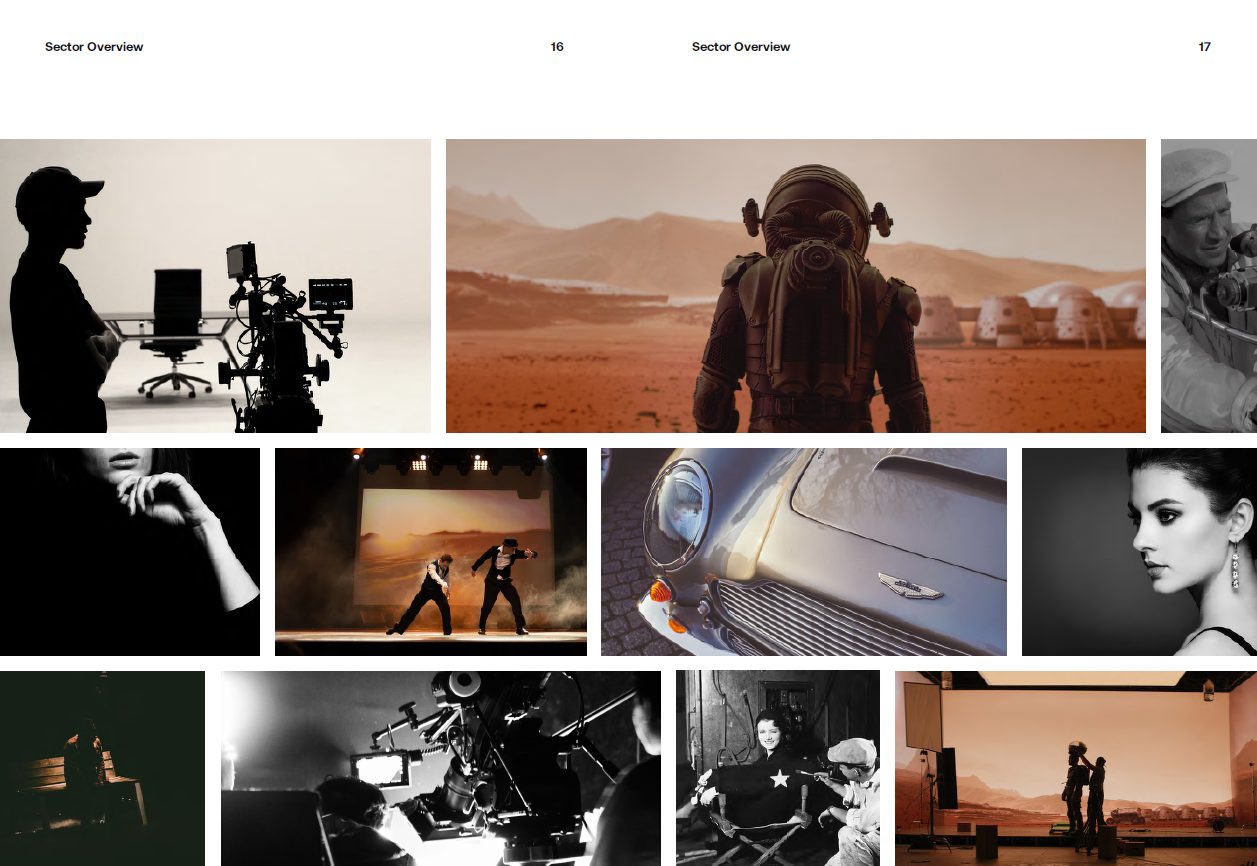