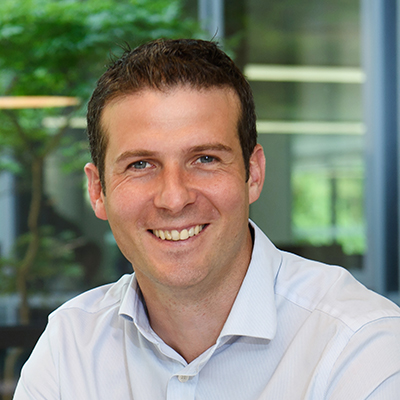 In this series, we’re looking at how suburbia might evolve over the next 20 years, considering the myriad of social, economic, political, and environmental factors. Ultimately, we hope it will put suburbia in the spotlight, and highlight new ways to build and deliver housing in this most vital of living environment.

Thanks to a changing demographic with new needs and desires, land owners and planners will need to rethink their approach to suburban design. Historically, suburbs have not had an explicit policy, one that tackles their specific context and needs; suburbs were assumed to look after themselves. The consequence has been a continuation of the late twentieth century model of dispersion, lower density, single use, and high car dependence, setting the characteristic feature for UK suburbia model.

For land owners and planners looking to deliver housing in suburbia, there are a great deal of different considerations needed to ensure the end result is desirable and therefore economically viable.

So what needs to be considered?

With house prices now an average of seven times a person’s income, homeownership is slipping out of reach for many. For the first time in a century the relative size of the owner-occupied sector has declined and the private rented sector has increased. This is causing the housing system to significantly change.

The decline in social renting and homeownership, and the rise in private renting is likely to become more pronounced over the next few decades. Private rents in England are forecast to rise by around 90% by 2040, housing one in five people, compared to one in six today.

While inner cities have undergone a renaissance increasing property prices, suburbs have frequently been left behind and have experienced ‘de-gentrification’.

Trends suggest that future suburbia would benefit from being denser with a more varied range of housing types, such as flats and taller townhouses, along with the conventional detached and semi-detached properties.

2. The most appropriate model.

The specific shape and structure for suburbs to adopt largely depends on its location, level of integration of wider region, population profile and size. Models such as “cells”, which promote self-sufficient neighbour units, “clusters”, a group of interlocking neighbourhoods, or “linear townships” that links neighbourhoods along a high street spine, are some of the few that have been studied and recognised as good practice

3. Increased awareness of health and wellbeing.

Suburban areas are often perceived to offer a healthier environment, largely due to reduced exposure to noise and air pollution and increased access to green areas, compared to city centres.

In the last couple of years these topics have been further examined, as a response to the increasing awareness about health and wellbeing, at both, citizen and consumer level, and policy agendas. Interestingly, evidence suggests that people’s health and wellbeing is higher in inner cities than in suburbia, with the latter having greater rates of obesity and lower rates of exercise.

Any strategic suburban development must therefore look at ways to improve health and wellbeing.

Enabling physical mobility is the key to social mobility: a healthy society is active and suburbia must be designed to facilitate this.

people within buildings, but the movement of people between them. Residents of today’s suburbia are almost ubiquitously reliant on the private car to both commute to work and to access leisure and other social amenities. As a consequence, roads are congested and streetscapes are designed to facilitate and are dominated by cars. The obvious health impacts of this reduced air quality combine with the effects of a predominantly sedentary lifestyle.

In response, £64 million in funding available from 2017 to 2020 went towards supporting local projects that increase people’s ability/desire to cycle and walk to work. This funding is part of a wider package of more than £300 million to boost sustainable modes of transport.

Ultimately, suburbs will need to be more walkable, promoting healthier ways of mobility and better connected, ideally with access to public transport.