Power to the people.

Back in April 2018, the owner of a solar-PV roof panel sold his neighbour a few kilowatt hours of electricity using a Smart Contract on the Ethereum blockchain.

This was the first peer-to-peer (P2P) energy trade and signals the inevitable proliferation of blockchain technology outside of the mysterious realms of cryptocurrencies. Having already begun transforming the real estate sector, blockchain developers have the energy market firmly in their sights.

So what is P2P energy trading?

Essentially, it’s a system whereby energy consumers can buy and sell energy directly with each other, cutting out the middle man.

The advantage of such blockchain-based transactions is their decentralised nature, which negates the need for a central mediator. Each transaction is independently verified by each node (consumer) on the network, resulting in an infallible exchange of information, meaning they are fundamentally secure.

It also democratises a market by removing the authority from those who control the transactional system and returning it to each and every consumer.

In the traditional ‘top down’ energy system – where electricity is generated centrally and distributed outwards – blockchain has limited value. However, as we shift to smaller-scale, decentralised, and renewable forms of generation, a P2P network enables people to trade energy directly among themselves and ‘reject’ conventional energy providers and systems architectures.

This kind of trading at scale is incredibly complex, but utilising a decentralised trading system based on the blockchain overcomes the hurdles presented by the high number of customers, the exchange of immense amounts of data, and the high degree of standardisation required for such a system to be effective.

Who pays the cost?

Without the need for conventional energy services providers, there is still uncertainty around exactly how the costs of operating the UK’s electricity grid would be recovered. Where currently these are incorporated into the price of electricity as TNUoS (transmission network use of system) and DUoS (distribution use of system) charges, with a P2P system there is no central mediator to recoup such costs. Instead, a levy might be included on every P2P transaction; this could be a flat rate or vary relative to the challenge a given transaction places on the grid infrastructure (be that related to geographic distance, current load on the grid, carbon intensity, or another factor). 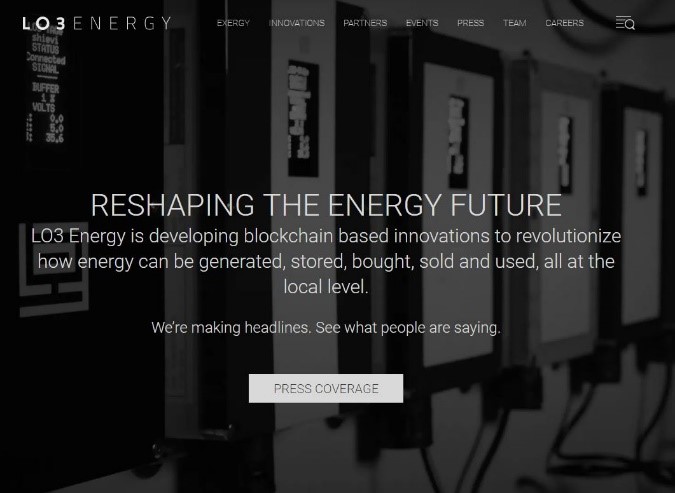 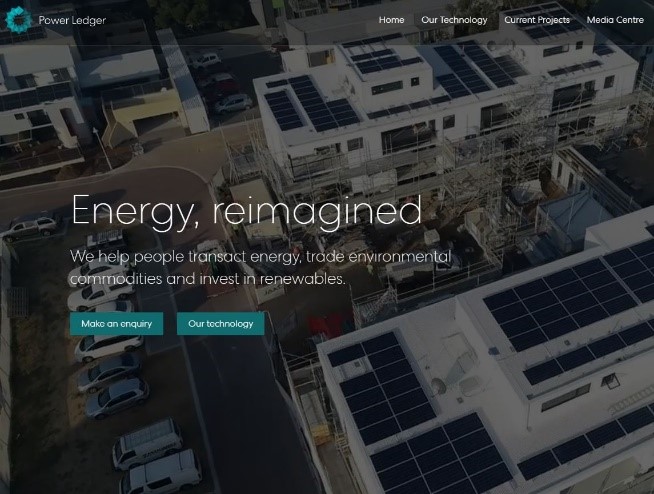 Real-world examples of blockchain technology in action are emerging: from LO3 and Power Ledger offering energy trading solutions, to a pilot scheme of P2P energy trading being simulated on a block of 62 apartments in Brixton from March to October of this year.

Only a couple of week ago in fact, energy firms and network operators announced that they are working together to create a shared register for energy generation and storage data. Called the RecorDER project, it’s backed by Electron, National Grid Electricity System Operator, SP Energy Networks, and UK Power Networks.

It will involve mapping all small-scale energy assets across the UK, allowing them to contribute to the UK’s energy network, and ultimately improve the management of distributed storage, reduce operating costs, and facilitate further decarbonisation of the grid.

It’s something that has previously been too logistically complex to be efficient, but now – powered by blockchain technology – it’s possible.

Carolina Tortora, NGSO Innovation head, explained: “If successful, this register could lay the foundations for a robust GB-wide flexibility market across transmission and distribution, unlocking huge value for consumers and driving the transition to a low-carbon flexible energy future.”

Looking more widely at the opportunities blockchain unlocks, it could soon allow consumers to choose energy generated from a green source of their choice, with the blockchain ensuring they purchase what they intend, guaranteeing integrity and additionality.

This removes the current disparity/disconnect from current ‘green energy’ tariffs, where you have no direct verification that the energy you are buying is in fact from renewable sources.

Blockchain offers the potential for a perfect energy system, balancing supply and demand to maximise grid resilience, minimise the combustion of fossil fuels, and ensure a fair price of electricity for both generators and consumers, all while being invulnerable to fraud and misconduct.

When it comes to the projects we work on, we’re determined to design for this future – where buildings can cut out the ‘middle-man’ (energy companies) and trade zero-carbon electricity directly with one another.

It’s a reality where we’re all connected and empowered – buying and trading renewable energy, at the right time, for the right price.