Henry Lea’s pioneering work has been honoured with an Engineering Heritage Award from the Institution of Mechanical Engineers (IMechE).

Belfast’s Royal Victoria Hospital was the first air-conditioned public building in the UK. A plaque-unveiling ceremony recently took place at the site in recognition of this engineering milestone.

As the original designer of the building’s environmental services, Henry Lea’s contribution was acknowledged, and our firm’s managing partner joined members of IMechE’s Engineering Heritage Committee and Royal Victoria Hospital for the ceremony. 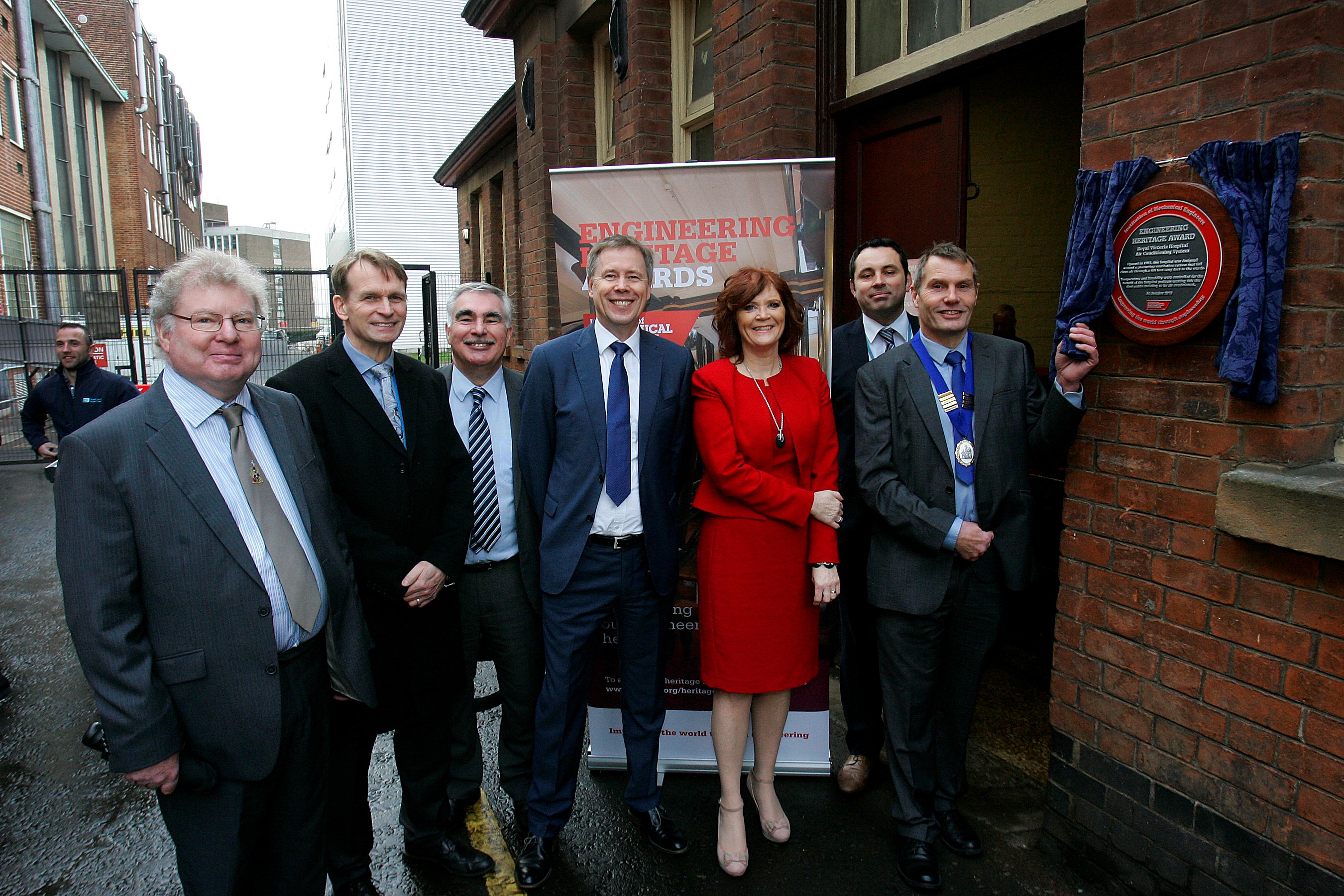 Opened in 1903, the Royal Victoria Hospital’s plenum air conditioning system is seen as a landmark development in the history of environmental engineering. It was expertly designed to clean the air and control both temperature and humidity in the hospital for the comfort of the doctors, nurses, and patients.

Our firm’s managing partner Gary Tucker was invited along to the unveiling ceremony. He commented: “It was a great privilege to be able to visit the Royal Victoria Hospital and see the site of Henry Lea’s first air conditioning system. We are incredibly proud of his pioneering achievements, and continue to honour his legacy in our work today. My thanks go to the Institution of Mechanical Engineers for celebrating advancements in building engineering such as these.”

The air conditioning system is the 122nd Engineering Heritage Award to be presented by the Institution of Mechanical Engineers. The awards were established in 1984 with the aim of promoting artefacts, sites or landmarks of significant engineering importance.

This award recognises a pioneering engineering system in a hospital that has been at the forefront of medicine and medical technology for more than 100 years. John Wood, chair, IMechE Engineering Heritage Committee