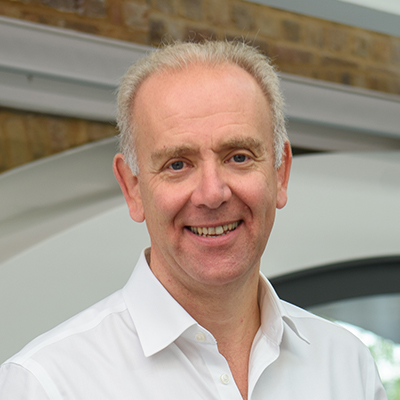 Reaping the rewards of a real-life model.

There’s nothing like experiencing something in action. We all know how powerful real-life interactions can be: immersing ourselves in something previously only seen or discussed provides a level of clarity that just can’t be beaten.

When a project’s requirements are so precise – and so important – we have to utilise all the tools at our disposal.

For high-specification close-control projects, such as those undertaken by our Science & Research team, we are greatly supported by the digital engineering capabilities now available. From BIM and building physics software, to extensive CFD modelling, we can test the performance of our designs and ‘prove’ they work.

Yet, for those projects trying to achieve world-class precision, there’s a step further we can go…

The University of Oxford’s Beecroft Building brought the power of this process to life for me. Without doubt our most challenging project to date, it’s one of the world’s most demanding facilities, where quantum computers will be developed.

Imagine the precision required for these atomic-level experiments – a single, minimal shudder from a bus driving past the building could spell disaster. The Laser Tables where the quantum computers are brought to life demand a temperature that fluctuates by no more than 0.1°C and the highest possible levels of vibration control (VC-M) – something achieved by only a handful of facilities around the world.

After we reached the best design solution possible using extensive CFD modelling, we asked the project contractor to build a mock-up in an Oxford warehouse. Running the system in this real-world environment meant we discovered it behaved in a way no digital model could have predicted… and wasn’t quite meeting the exacting environment criteria.

A real-life mock-up is the closest thing to hindsight we can ever have on a project.

After this discovery, it was all hands on deck – we brought the entire project team together, and even called on experts with completely different skillsets and techniques. Using the mock-up to test and re-test our new proposals as we developed them, we eventually landed on an innovative solution that achieved the near-impossible levels of temperature and vibration control.

Without the mock-up? This valuable process of refinement couldn’t have taken place until the time-constrained and costly construction stage.

The Beecroft Building is now almost complete and, without a doubt, our decision to build a mock-up contributed to what’s been an efficient and successful construction process.

However, real-life models offer something more than just trialling our designs in action. The Beecroft mock-up also gave the people who will work in the laboratories the chance to ‘test drive’ their system. It was a process that benefited all parties – germinating ideas and provoking discussions that otherwise just wouldn’t have taken place. Ultimately, it provided something just as valuable as achieving requirements: a better and more honest dialogue with the people it was designed for… and that is where true success lies.